The bike is back! 30 years after China started to switch two wheels to four, people are starting to use bikes again. However, today it is all about bike sharing. By 2018 more than 20 million shared bikes have been put onto the roads of cities all around China, as example, Shanghai accounts with 1.5 million shared bikes. This uncontrollable expansion comes from the lack of regulation and the bad pacification from young but ambitious startups, but we will tackle this later on detail. More than 77 start ups compete every day for the bike sharing market, but there are 2 competitors than stand out due their size and their roles in the development of this phenomenon:

One of the first pioneers in this project was Mobike, a startup financed by Tencent and Chinese investment firms. Mobike is a high-end branding segment with flashy orange wheels, incorporated satellite navigation. At the beginning, the production cost was around 6,000 CNY but now there is a lighter version with a production cost between 200 and 500 CNY per unit

Ofo is banked by the drive APP Didi. Ofo is focusing on students with their yellow bikes that cost around 250 CNY, and they have a sharing economy model. A funny fact about Ofo is that you can share your own bike. You can offer its services from one to three years and the company is going to repaint it in yellow and put an Ofo lock and plate on them.

Let’s say that you just arrived to Beijing, Shanghai, Shenzehn or practically any city in China and you are wondering which is the best bike sharing company to commute to your new work or go to class. If you are deciding between Ofo or Mobike in terms of price, deposit and cycling experience our comparison table will help you to take the decision:

They are not the only competitors in the market. Another player is Bluegogo:

According to the latest market statistics, there are 77 other companies that offer the same service. The bike-sharing market trend can be explained thanks to the governmental and private investments that are offered to businesses of this sort. There are other companies such as HelloBike, 1 Step Bikes, Uni Bike /etc.

How Is It Going For These Companies So Far?

Bike Sharing start-ups are suffering a crisis right now in China. Some important players as Xiaomi Bike have gone bankruptcy in March 2018 and many others have disappeared or decrease their expansion plans.

Ofo – The Rise and Fall of China’s Bike Sharing

The case of Ofo exemplifies very well the evolution of bike sharing industry in China. Founded in 2014, Ofo amassed 2.2 billion dollars in 9 funding rounds in only 4 years. By 2018 Ofo started to experience financial problems, the company was forced to close offices, accumulate bikes in endless graveyards and face virtual queues of millions of customers who wanted their deposit back. How did this happen?

Ofo followed the strategy that many other Chinese tech companies are following: It consist on collecting enormous quantities of funds and use them to subsidies customers with the purpose of capture the market and raise the prices once they have no competitors.

This unsustainable strategy leaded Ofo to the limit of bankruptcy, however the company survives and you can still see the Ofo’s yellow bikes rolling in China every day.

Mobike is still in operation, but is generating losses for its parent company Meituan Dianping that now plans to rebrand its orange bicycles as Meituan Bike. Mobike benefits from the fall of Ofo, as it has created a big power vacuum in the international market. However, Mobike does not want to follow the same path as Ofo, the company has declared that they will be focused in improving its financial operational efficiency in 2019.

The Problem of Dockless Bike Sharing in China

As a consequence of this new phenomenon, the users of these bikes are leaving them everywhere. They are even leaving them in communal parking spots. That is why the police have to do some heaving lifting with governmental trucks to move the bikes from these specific spots because it can be a burden for residents, shop owners and those who own a personal bike or a scooter.

Another problem has appeared.  These companies have to face other challenges such as the maintenance, management and also the existence of unscrupulous users who damage or disappear with the bikes. We have found some bikes being sold online. These issues, of course, are more of a problem for the small companies with small pockets because it can mean life or death for them. Compared to the bigger players with huge pockets being filled by huge investors (Mobike and Ofo) this isn’t as big of a concern.

When the bike sharing boom phenomenon started in China, many startups rushed to flood Chinese cities with millions of bikes. Unfortunately, most of the Chinese cities were not ready in terms of infrastructure and regulation to deal with this bike fever. As we mentioned before, many of these bikes were broken or abandoned in public spaces. To make it worse many of the start-ups that started this race went out of the game, abandoning permanently their bikes on the roads and sidewalks all around China.

The only thing that the authorities could do, was to collect them and place them in huge bike graveyards. Many other companies saw in this problem an opportunity, and now a bursting metal scrap industry has flourish around these bike graveyards. China always surprises you.

Finally, you can see that even for these companies there are some cities in China that are not really bike-friendly. For example, Chongqing which is called “Mountain City”.

Impact of Bike Sharing in China

So far the main impact of bike sharing is the decrease on pollution and traffic levels. The official press in China stated that transport officials in Beijing want to reach 18% of commuters riding to work by 2020 via Bike Sharing.

The future of Bike Sharing in China

The future of Bike Sharing in China is unknown, but after all, one thing is for sure: bikes are a sustainable solution to the increasing traffic and pollution problems in China. Furthermore, cycling is a healthy way of transportation for an aging population that demands a better quality of life in urban areas. It is time for Chinese authorities, companies and citizens to push for a change and move to a bike friendly future.

What Is Your Next Move?

If you are a two-wheeler enthusiast like us, and would also like to get a piece of the clean transportation action, you know what to do! Just choose the supplier that you prefer. Either because you like the color, it’s cost, or you like their style, but make it a personal decision.

Either way, we are just glad that we could help you take the step over to cleaner transportation. Although, don’t forget to watch your surroundings! Just because you have made the choice to ride a bike doesn’t mean you will get special treatment on the road, therefore please be safe! Moreover, if you have any question about it do not hesitate to contact us. 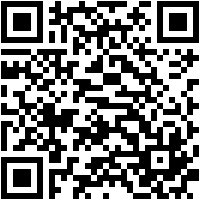