Most Popular Chinese Video Sites and Platforms in 2019

Worldwide, the online video market is all the rage and this positive trend will continue throughout 2020. Video sites and platforms are constantly gaining popularity and have become a critical asset to gain visibility and popularity online.

Despite the differences between China and the western world, when it comes to online video marketing, both are following the same trend. China currently has more online video site users than the United States and Japan combined. According to a survey by Entgroup, subscribers to Chinese video sites and platforms have grown at a rate of 119% during the last three years.

This is enough information to make online marketers excited. Yet, it is crucial to keep in mind that the most popular Chinese video sites are not the same as those in the western world. Therefore, we have prepared a list of the most popular video apps in China, but first, we have a little note about a major video site that doesn’t work in China.

Is YouTube Blocked in China? (Yes, but It Is Accessible with a VPN)

YouTube doesn’t work in China, nor do any Google related products. If you try to access YouTube from Mainland China, all you will see is a blank screen. This may sound shocking for users who depend mainly on YouTube. However, there are valid alternatives in China that you will discover in this article.

Of course, you can still access YouTube from China if you use a VPN to unblock YouTube. A VPN (Virtual Private Network) allows you to connect to a server located outside of China and therefore bypass the censorship. However, keep in mind that you need to install the VPN on your devices before you enter China since all VPN websites are also blocked from within China.

There is no doubt that if you want to use video to promote your business in China, YouTube is not the way to go. You must resort to one or more of the Chinese video sites listed in this article.

After the ban on YouTube in 2009, Youku took on the role of Chinese YouTube. This video platform is now property of Alibaba and has an attractive base of 500 million monthly active users that view over 800 million videos daily.

Youku focuses on providing an amazing experience to its users. The platform has made speed one of its trademarks. On Youku, users can search, access, post, and share videos rapidly and seamlessly. An extensive use of artificial intelligence and data collection allow Youku to tailor its content to each individual user. Without question, Youku is the most popular and widely used video site in China.

Bilibili can be considered a niche video site or platform since it mainly addresses lovers of anime culture in China. Following the platform’s launch in 2009, Bilibili has introduced new categories like mobile gaming, advertising, and E-commerce, however, the most viewed videos are still related to anime from Japan.

Bilibili is well known for its commenting feature called Danmu which allows viewers to post a comment at any time during the video. What makes this feature unique, and at times challenging for users, is that the comments will cover the video. This process can become too hectic and crowded for some users when there are thousands of people watching at the same time. Nevertheless, Danmu encourages social interaction and it is highly appreciated by most Bilibili users.

Xigua, the Video Platform for KOLs

Xigua is a Chinese video site that provides a space for influencers, but with a different approach than what we see in the western world.

Unlike what we see on video sites like YouTube where the distinction between ad content and professional content is becoming more and more difficult to detect, Xigua gives priority to content produced by professionals. In fact, the average video content on Xigua exceeds two minutes, this being different from other video platforms where it is more common to find shorter content. Xigua is a good platform to promote brand awareness.

Douyin (TikTok), from China to the world

Douyin is one of the most recent video sites, having started in September 2016. Douyin is also known as the Chinese TikTok. In just a few years this video platform has scored more than 300 million users and all of them in China.

The popularity of this video app is due to the fact that users can create their own short videos directly from the app and share it with followers. Since 2018, Douyin has become the most downloaded iOS app.

To date, TenCent Video is the largest video site in China. Being closely connected to WeChat, a social media behemoth, Tencent Video has quickly grown to become one of the ten most downloaded apps.

If you are a WeChat user or the owner of a WeChat Official Account, you need to download Tencent Video, otherwise, you cannot embed videos in your content. Additionally, on this video platform users have access to HBO series.

Lu Ke is the short video app offered by Taobao; a shopping marketplace owned by Alibaba. Lu Ke focuses on improving and supporting the E-commerce experience of its users.

Users on Lu Ke can upload videos and images of their goods and can quickly interact with potential buyers through the platform. What makes this Chinese video site interesting is that its users can buy products on the platform with just one click. The platform has been so successful up until now that its president Jiang Fan declared that it is possible for Tabao’s content to be 90% videos in the future.

Kuaishou may not be as big as many of its competitors, but it is the preferred video platform in less developed areas across China.

At first, the platform was a GIF maker, but now users can upload short videos and can even have live streaming sessions. Very popular is the functionality to add filters and sing karaoke. It is noteworthy that recently big companies like Tencent, Baidu, and Alibaba have invested in Kuaishou which suggests that this video platform will keep on growing.

The online video market in China is growing, and many of the solutions available should be of real interest for marketers and companies who want to target the Chinese audience.

The Chinese video sites we included in this list are different in the content they host and in the audiences they address. Not all of them may serve the purpose of your company, but for sure some of them can be useful to reach a larger customer base.

As we have noted in the past, companies need to do their homework to find the right way and the right partners to help them organize an effective marketing campaign in China and to use to the full the tools available on this market. 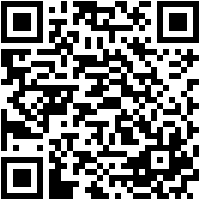