Google Translate has long been the only Google service still accessible in China without the use of a VPN. After Google services were blocked in mainland China in 2010, Google still maintained the translate.google.cn domain for its translation services. And despite a leaked memo indicating Google working on Project Dragonfly, a search engine complying with mainland censors, to renter the mainland Chinese market in 2018, Google never ended up expanding its service into the region. Sogou Translate is the translation service offered by Chinese search engine Sogou. As the inventor of the Sogou input method, Sogou has a strong history of language processing. Its AI-power translation service can be downloaded as an app or used as a browser service, much like Baidu’s.

An advantage for Sogou is the cleaner UI of the app compared to Baidu and other domestic competitors, which tend to be visually busy with various ads and menu buttons for other services. Sogou’s app is straightforward, not requiring signing in, with quick access to core functionality and unencumbered by extraneous services. Within the WeChat ecosystem, translation services are widespread. With a long hold of a button, you’re able to translate any WeChat message into the language you have set to use WeChat in. For articles in WeChat, you can find an option to translate the entire article into your WeChat system language on the top right meatball menu of any article. The scan function in WeChat can also instantly translate text in images into your WeChat system language. Youdao’s translation app and services have also been quite popular in China, offering a similar suite of free services as its other competitors and a suite of paid subscription-based services mainly aimed at Chinese students learning foreign languages. The drawback for non-Chinese speaking users is its Chinese-only UI. Russia-based Yandex is well known in China as a foreign search engine accessible within China’s firewall. As the Russian version of Google, Yandex offers a translation app and service with very similar user experience to Google Translate. For Chinese translations, like Google Translate, Yandex shows the pinyin spelling in both the input and output, a feature missing in many of the other translation services. With a 10,000-character limit, Yandex translation can conveniently translate long documents and texts. Bing’s translation system is desktop only, while you can download its parent tool, Microsoft Translator for mobile. Microsoft Translator has a unique function to create chatrooms where users can share voice memos and texts that are automatically translated into each user’s selected language, while showing the original text. This tool can be extremely convenient for multilingual online team meetings. 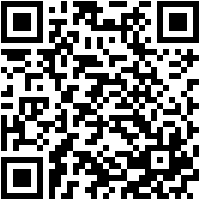