Do you need a prototype for your project? Interestingly, according to some historians, the builders of the Titanic did not use a prototype in its construction. Whereas, the Wright brothers, credited with inventing, building, and flying the world's first successful airplane, developed many prototypes on their road to success.

Without a doubt, you want your projects to have the success associated with the Wright brothers and not the Titanic. History clearly testifies to the advantages of using a prototype model.

But what is prototyping software? Is there mobile app prototyping? And what does successful website prototyping involve? 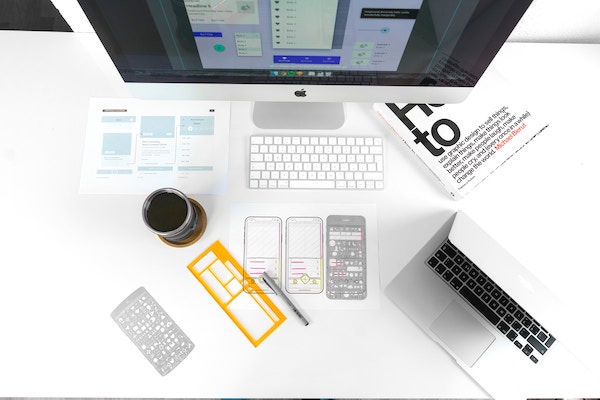 What is the Prototype Model?

The Prototyping Model is a systems development method (SDM). With this method, the prototype (which is an initial version of the final system or product) is constructed, evaluated by being used, and then redesigned as many times as necessary until a version is produced that the complete system or product can then be made to resemble.

This method is valuable in situations under which all the project requirements are not fully known beforehand. It is a repetitive and, at times, monotonous process that occurs between the developers and the users.

When to use the Prototyping Model?

Frequently, prototypes are used when designing and constructing projects that are physical, or in manufacturing. In many circumstances, though, projects are being constructed with software which has numerous adjusting variables and undetermined systemizations. This is the case with websites and mobile apps.

In these cases, the Prototyping Model can be an important and beneficial endeavor.

Why Prototyping is so useful?

When you simulate aspects or functions of a product or system in a Prototype Model, the designers and users can uncover elements, unanticipated effects, restraints or needed functions that previously were not foreseeable.

Obviously, by addressing these issues the team can create a solution, or product, that more fully meets the needs and wants of the user.

When the team identifies needed improvements early on, and they also hear the viewpoint of the users, they can more accurately and efficiently anticipate costs and time estimations.

As a result of people having an opportunity to use and experience the solution in its initial development, developers will be able to make adjustments earlier rather than later.

This is very important financially, because the cost of making changes often grows significantly as a project develops. It is almost always less expensive to adjust or fix something early on in a project.

By having these precise estimations of anticipated costs and time, developed by using a Prototype Model, several actions will be positively affected when releasing a final solution to production. Phases of the Prototype Model

There are several phases involved in using the Prototype Model, but they all start with design thinking, or design prototyping. Then, to test your design thinking, choosing which prototype process to use, from Low Fidelity and Medium Fidelity to High Fidelity.

Design prototyping is a thinking process. You must focus not only on what the product currently looks like and the problems that exist now. You must also be able foresee how the product today, and the changes you intend to implement, will affect later versions and, for a certainty, the final product.

The step known as Low Fidelity is when the basic intersection process and functions of the software are tested in respects to performance. It has some characteristics of the target product but is basic and simple.

It allows adjustments to be made quickly and without hassle. This prototype production is the cheapest of any type of prototyping.

This step takes longer to develop because it involves more details being inserted into the prototype and the interaction is closer to the end product experience. Frequently, this phase allows users to have an experience closely resembling what the final product will be like.

This is the nearest stage to the final product. It includes lots of details and functionality. All the features and interactions of the final solution are included at this point. It is the most accurate and elaborate stage.

Much effort and time is necessary in this phase. At this stage, if an adjustment is needed, it can be very difficult to make it, however, it is crucially important to do so.

This prototype is created based on the initially known requirements, which are often vague, with the purpose and ability to adjust the design or coding as more requirements are revealed before they become permanently fixed.

In this prototyping, users have an early preview into the application while it does not have actual functionality behind it. The backend gradually develops as the process comes to completion.

In incremental prototyping, aspects of the system are created separately and then plugged together to build a complete application. Multiple development cycles are required and are divided into smaller parts that are more easily managed.

It is valuable to develop the interfaces for the distinct components early, because integration can at times prove to be an extremely challenging effort. One of the most notable advantages to prototyping is that it includes the user. Inherent to prototyping is user involvement. They enjoy the experience of being involved in development as well as being able to participate with an operating version of their project.

Prototypes reduce misunderstandings and prevent unfulfilled expectations. Further, they aid in accumulating user feedback from the earliest phases of development. With prototypes, users are quickly able to provide their thoughts, petition a change in the project and modify details of the model.

It is a common phrase in business, that a ‘penny saved, is a penny earned.’ For a certainty, prototyping aids in ‘saving pennies.’ Prototyping improves the ability to detect needed changes early in the project. Consequently, the overall time and costs of a project are reduced.

As a result of prototyping, areas of cost can be foreseen that were not anticipate beforehand. Changes that need to be made can be addressed before the adjustment process becomes overwhelming and expensive. Problems, both immediate and long-term, can be isolated and corrected, thus avoiding embarrassing and costly refinements later.

Users may think the prototype is the final version.

Perhaps the greatest frustration with the Prototype Model is that, at times, users misunderstand it to be the final product. Users may become exasperated with an early version of the product and not want to use a later, improved and refined copy because they think it has the same failings as the version they used.

Conversely, yet also a problem, is that the user may really enjoy a feature included in the early models but are not included later. In both cases, the user incorrectly concludes that the prototype they have used will exactly portray the final system.

Prototyping has an upfront cost.

It is true that prototyping saves costs in the final and continuous phases of development, yet there will be upfront costs involved in the phases of prototyping.

Also, it is very important to remember that there is the potential to incur costs in developing a prototype that may end up being completely thrown away. Even in this case, though, what the developers learn can be extremely beneficial.

Examples of How to Use Prototyping for Web and App Development

QPSoftware is a software developer that is very familiar with design prototyping.

Our skill in using the Core Business Model and analytical work on platforms such as Drupal, Prestashop, Magento, WordPress and other web developers gives tus a unique and ideal approach to prototype development. Examples of our development prototyping work includes:

Known for classic French style and elegance, the French clothing brand, Montagut, was founded in 1880 and first entered the Chinese market through its Hong Kong headquarters. They have since opened numerous stores across Asia, with now over 300 points of sale within China alone.

Using High Fidelity design prototyping, QPSoftware developed a fresh E-commerce presence that is accessible across a wide range of devices, browsers, and languages; as well as an iOS/Android mobile loyalty program app to increase sales and improve retention.

TechTrek is a technical education center based in Beijing, China. They focus on developing and delivering exciting, skill development tech courses for children. Using their original and advanced approaches, young learners develop the tech skills they need to thrive in the modern world.

QPSoftware developed the TechTrek website, including the virtual reality tour of their amazing learning environment, using Throwaway Prototype design prototyping. In determining the needs of their project, small parts of the system were developed and then evaluated.

The users provided feedback which was incorporated into the development of the main system. The prototype was then thrown away, but it resulted in a successful website that was exactly what TechTrek needed.

What are prototyping tools? They are the means to enable designers to experience the idea of the functionality of their product.

These tools show a visual overview of what is actually in the process of being designed. Essentially, they help to make your product development faster and more effective.

There are free prototyping tools available, as well as others that you can purchase. And there are a variety of prototype tools that exist. To produce prototypes, designers will make use of several of these tools, some complex and others quite simple, this being determined by the needs of the designer.

Those who are the most successful in the app development industry have prioritized user interface (UI). Thus, UI prototyping is key in being competitive. An outstanding user experience (UX) will result in your app being remembered by the user, so UX prototyping cannot be ignored either.

Really, when a project demands revisions and end user feedback, prototyping is a necessity. Prototyping can shape the direction of an entire project and its outcome.

QPSoftware is a top E-commerce web agency that uses methods discussed in this article, as well as others, like UCDC (User Centered Design Canvas) meetings and Rapid prototyping/co-creation (paper sketching) for frontend and backend, for all types of users. We are a digital agency located in Shanghai, China offering design prototyping and development.

Contact QPSoftware today to find out how prototyping can assist you in achieving your next project goals. 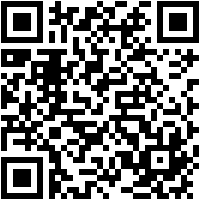 The Growth of The Bike Sharing Industry in China
Top Ecommerce Payment gateways to Reach Chinese Consumers in 2023
What is the Digital Yuan (e-CNY)?