What is digital marketing?

Digital marketing refers to marketing techniques that make use of digital media channels. Nowadays, much of marketing is tending towards becoming “essentially digital”.

When we consider digital marketing the first idea that comes to mind is the conventional form, through the internet. But it would be a mistake to forget mobile phones, tablets, GPS and other connected devices.

It’s unnecessary to start by explaining the importance of digital marketing, because if you have found this article that means you’re already aware of its importance and you are trying to find out about the latest trends in 2017. Let’s try to satisfy your curiosity!

What are these digital marketing trends?

The main digital marketing trends in 2018 are not totally new. Some of them have already existed for a few months or even years. Let’s take a look at these trends:

After analyzing these different trends, one question comes to mind: Do these trends also arise in the Chinese market?

Let’s check if the trends in the Chinese market are the same as those in the general market:

In a world that is constantly evolving, particularly in the digital arena, it is not unusual to see a decline in print sales.

How is it possible for a 165-year-old newspaper, such as the New York Times, to reach the next generation of readers? Nowadays the New York Times faces huge competition to try to keep the newspaper’s market share. They must contend with Facebook Instant Articles, Snapchat Stories and even Twitter. They needed to find an idea to attract new readers, the Millennials.

The New York Times used virtual reality (VR) to meet the challenge. Its sponsors General Electric and Mini were supportive. They planned to use this technological trend to put people into news stories like never before.

was launched on Google Play and Apple's App Store by the New York Times. Google Cardboard VR viewers have been sent to its 1.1 million print subscribers to promote the app.

Everything started with an initial film called “The Displaced” that followed the life of three refugee children from South Soudan, Syria and eastern Ukraine.

The app was downloaded more than half a million times. Over 1.5 million views were been recorded by NYT VR with a viewing period of 6 minutes per session. The campaign won the mobile Grand Prix at Cannes Lions 2016.

In a world that is increasingly competitive, we have to find a way to stand out as different from the others, but this is not always easy.

Every big company has a social media presence, whether it be on Facebook, Twitter, or similar. They all have their own Twitter page, but how can they differentiate themselves? This is a real challenge for each of them.

Microsoft had the original idea to take advantage of one of the new digital trends: artificial intelligence. More precisely, a bot for their Twitter page. The purpose was to use this technology to generate conversation between followers and the bot. The bot could reply to the questions that people asked; the more you chat with it, the more personalized the answers.

They implemented a chatbot – called Tay – for their own Twitter page, with the particular characteristic that it would learn from its followers through conversation.

After 24 hours, the Microsoft account acquired 23,000 new followers…but with what purpose? They only followed it to determine its limits and make fun of it. After only 8 hours of activity, the bot was put on standby. Do you know why? Because the followers taught it to became a sexist and racist “jerk”. Since then, we have not heard from it and Microsoft has deleted all its tweets.

What is your next move?

We suggest you to stay aware of your environment but do not rush to take advantage of these trends in 2017 too quickly, because as described above, there is always a possibility of failure. Before utilizing one of these trends you need to first analyze your problem and/or your objectives and then try to find the best option that will most suit you. If you have any questions or are interested in finding out more, please do not hesitate to contact us. 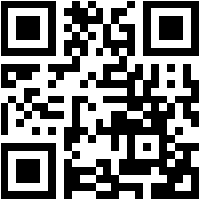 WE ARE HIRING!
SUBMIT YOUR RESUME