Last week, from June 7th to 9th a big event happened in Shanghai, CES Asia Shanghai 2017, and it was a great success. Companies and people from around the world gathered to participate in this exhibition.

We will try to give some highlights of what happened during these few days and summarize what we learned at this interesting event.

What Is the CES?

CES Asia is a place where ground-breaking technology can start, worldwide leaders in tech converge there, and it is common to see some cross-market partnerships being formed. Everyone can find something to make them happy whether he or she is a big or small player in the tech industry.

By attending the CES Asia, companies and individuals are able to have first-hand access to the technologies that can or will revolutionize the consumer technology industry.

Why Is the CES Asia Held in Shanghai?

As said previously, this has been the third time in a row that the CES Asia is in Shanghai. We can say that they have chosen their location wisely. Why? Because according to some people, China is becoming a serious alternative to the Silicon Valley. You can find some global tech leaders such as Tencent, Alibaba, Baidu and more. Furthermore, the country is quite agile. For example, the Chinese people are not used to paying with bank cards, instead, they jumped straight to the mobile payment wagon. Nowadays, they are the leader in mobile payment. Moreover, China is the first digital market in the world.

What Products Were Presented this Year?

What Could you Learn from CES Asia 2017?

One sure thing you can learn from this CES Asia 2017 is that the world does not stop moving, and that technology does not stop evolving. It becomes more and more advanced and integrated into the daily life of people.

If you are in Shanghai, China or you have lived in this country you will see that it does not stop moving and changing. You were probably also able to witness the importance of social media here such as Tencent - WeChat. Nowadays in China, social media is fundamental to the consumer's’ personal lives. You could argue to say that it is the basically the same everywhere, but the difference here in China is that they do not really use social media with a professional purpose. A study about the Digital Lifestyle in China made by the Consumer Technology Association (CTA) revealed that there are three key areas in the consumers’ online behaviors:

It has been noticed that connectivity is shaping Chinese consumers’ lifestyles quicker and more seriously than anywhere else. That is why companies have to understand and embrace how this mobile connection is shaping the Chinese personal networks, content consumption, and buying behavior.

Regarding social networks, only 28% of Chinese people are using them for professional purposes. Moreover, the consumers are considerably engaged in them. Indeed, half of them use the liking feature and only a few use them to comment (from once or to several times per day).

Moreover, if you have ever been here you have probably noticed that the leader in the social media is WeChat from Tencent, 95% of Chinese people have an account, and they prefer to use their mobile/smartphones for connecting to social network sites. Another interesting figure is that nine out of ten Chinese people use their smartphone to shop online.

As for buying behaviors, once again there is an important difference between Western people and Chinese people. Indeed, 61% of Chinese people have a preference to do their shopping online rather than going to shop in-store. Moreover, almost 90% of Chinese consumers have bought at least one product from TMall (one of the leading online retailers in China) last year. There are some products, though very few, that they do not like to buy online, such as expensive items. For these items, they need to touch it, see it or try it.

Concerning video consumption, it is quite similar to the Western world, Chinese consumers like to watch some streaming videos to relax and pass time. When we talk about the content sources, they like to watch both local and foreign content, but when it comes to the news they usually prefer to watch local content.

What is WeChat Situation?

As it was already said, Chinese consumer does not usually use social networks from a professional point of view. For this reason, though WeChat is already a behemoth, it has tons of room to grow.

It has been noticed that 75% of the people in China use the WeChat desktop version for work, which is considerably more than the mobile version.

Moreover, WeChat is the number one social media used in China. It was interesting to notice that Facebook was also present in the survey but it was not used as much as WeChat.

As you may already know, WeChat is so important in China because it is not only a social media platform but also a platform where you can order taxis, pay your bills and even book other services to make your personal life more convenient.

What Is the Situation of Online Retail Sales?

Online retail sales have been increasing over the last few years. It even doubled over the last three years, and it will not stop growing anytime soon. The forecast is saying that it will increase again. Moreover, 88% of the online purchases have been made on smartphones and only 33% on tablets. Interesting fact, 50% of consumers are buying products directly from a company's/brand's website/app. Some other favorite buying platforms are JD.com, TMall, Suning, and DangDang.

What Are Some of the New Life-Saving Technologies?

For the ones who attended the CES Asia 2017 in Shanghai, they were able to witness some new life-saving technology such as: 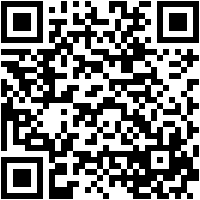 All Stories in E-Commerce Category

A Comprehensive Guide to Cross-Border E-Commerce in China
Which to Choose for E-commerce business - WeChat Mini Program live or Channels live?
Opening Your Mobile Store in China—What are the Best Options?