WeChat Around The World

As already stated in previous articles, there is no reason to reintroduce WeChat or its parent company Tencent.  According to the latest news, this monstrous App will soon reach 900 million users.

Let's take a look at some of the new trends and strategies that Tencent -  WeChat is working on to build its strength both in China and abroad.

What Is the New Strategy of Tencent – WeChat?

Quite recently Tencent was valued at more than 300 million USD and has made it to the list of the 10 most-valuable companies in the world. As you may already know, Tencent has announced that WeChat will continue to be their core business development strategy. They are focusing on at least two specific points which are:

WeChat is more than just a social messaging platform. Other than the IM's, it is also a source of news and promotion for its users. Moreover, you can also do some You can use it to make mobile payments both online and offline. We also see more and more brands having an Official WeChat Account and it's commonly used by luxury brands. Many companies use it for marketing, customer service and redirecting traffic to specific locations. Intime Retail uses it to reduce check-out times in stores, to improve customer shipping experience and conversion rate. When customers use their Intime Retail WeChat app they can even select in which shop they would like to pick up their order. Now we see some companies even developing apps through the WeChat API called WeChat App and these custom apps have a wide range of functions and services.

Earlier in May, Tencent announced they would be opening an artificial intelligence (A.I.) research facility in the USA, specifically in Seattle, WA. This lab will focus on speech recognition and natural language processing. This will be their second  A.I. lab after their one in Shenzhen opened last year. What sets Tencent apart from their competition is their highly valuable asset – WeChat – and it is almost 900 million users. By integrating A.I. into their services they will be able to compete with the other voice-controlled assistants. For this reason, it's becoming more and more important for retailers and brands to start using the WeChat platform to reach all of these potential customers.

How Is the Expansion of WeChat Pay?

As we recently discussed, WeChat Pay arrived in the UK but now, just one month later, WeChat Pay is also coming to the US!  This is a huge step for Tencent - WeChat and they are going to partner with CITCON, a mobile payment startup based in the Silicon Valley. This means that everyone using WeChat in the US will be able to use WeChat Pay for making purchases, and it will even support payments made in RMB.

To start with WeChat Pay will primarily be targeting Chinese tourists who will be traveling to the US but of course, we are sure that focus will expand. With their expansion to the US,  Italy, and UK WeChat Pay is now available in 15 countries and supports 12 currencies

Where Is WeChat Blocked?

According to the latest news, WeChat’s website has been blocked by the Russian government. This means that nobody can use WeChat services within Russia. The reason for this block is that WeChat failed to provide proper contact information with their registration. The block was carried out by the Federal Service for Supervision of Communications, Information Technology and Mass Media (Roskomnadzor).

Some users in the country have also started complaining that WeChat's messenger services have been blocked as well, though this blockage has not been limited to WeChat.  It seems that Vchat, Line, and Blackberry have also been blocked by the Russian authorities.

In 2015 Russia revised its data privacy law,  with this revision it was stated that all companies operating within Russia are required to store their data on servers located within the country.  The idea is that if the authorities deem it necessary, then companies are required to provide user data of any Russian Citizen to the government. If the company fails to provide said data then the Russian authorities will ban or block their site or business.

Interestingly though, Russia is not the only country where WeChat is blocked. In 2013, Iran also banned WeChat from operating within their country, though Tencent - WeChat is working to regain operations in Iran.

After a week of being blocked by the Russian authorities, Tencent - WeChat finally reached an agreement. A statement was issued by authorities saying that "WeChat provided the information that is necessary to include them in the registry".

WeChat is an unavoidable giant in China but it is starting to reach further and further around the world. As long as Tencent - WeChat continues to respect local laws and they are able to partner with a local payment company that can help them navigate the local payment laws, they will continue to be unstoppable.

If you are interested in WeChat do not hesitate to follow our projects. Along the way, if you have any questions or any interest in WeChat, for personal or business use, whether it be the implementation of a WeChat store, a WeChat App, or an Official WeChat Account, feel free to contact us and we will be glad to help you. 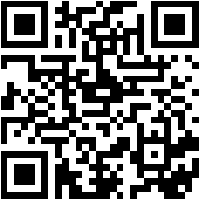