As previously mentioned, there's no need to reintroduce you to WeChat. According to the latest news, this incredible App will soon reach 900 million users.

The focus of this article will be a comparison of a WeChat Mini Program vs. a WeChat APP. You may or may not be aware of what these two programs are or their differences, but we are sure you will have a clear understanding of them once you have read this article.

In a previous article, we talked about the Mini Program (Mini App). Simply put, it is a sort of ”small application” that is quite basic, and that can be downloaded either by scanning a QR code or searching for it in WeChat. Once downloaded it will go straight to your WeChat Store.

What Is a WeChat App?

A WeChat App is a concept/idea that we here at QPSoftware are using to help our clients, this concept is more commonly known as a  Web App. Even before the WeChat-world was talking about Mini Programs, people were developing Web Apps using the WeChat API.

What Are the Differences Between a Native App and WeChat App?

To be able to develop any native App, whether it be for Android or iOS, a developer must understand and know the specificities of these platforms such as what languages they are programmed in. For example, the programming languages for Android apps and iOS apps are entirely different therefore when building an app for either OS you need to use the languages specific to each platform(note: this is not the only difference between Android and iOS). The same is true of a WeChat App as it will use the API of WeChat, which means it will use a programming language specific to WeChat.

Last but not least is the price difference. The price for the development of a WeChat App (depending on the specs) would be lower than the development cost of a native app for both Android and iOS.

What Are the Differences Between a Mini Program and a WeChat App?

The are many differences between these two applications. First, Mini Programs have been developed by Tencent – WeChat which means that they use the WeChat framework, whereas WeChat Apps do not.

A downside with Mini Programs is that they are extremely limited. As they were only just released earlier this year, they are still quite simple. Moreover, the Mini Program’s developers are limited to only 2MO of development. This is not the case with WeChat Apps developed here at QPSoftware. There are almost no limitations, meaning that they can be as fast and complex as a native app.

Another argument is that some say WeChat Apps are slower than Mini Programs but this is not always the case. If you have a good framework and a good server then a WeChat App can be as fast as a Mini Program.

Obviously, if you use a Mini Program, you will have to pay through WeChat Pay, therefore, you are limited to this payment method. Unfortunately the same is true of a WeChat App, you will only be able to use WeChat Pay as a payment method.

At the moment, the Mini Programs are only available in Chinese, whereas a WeChat App can be in any language you want. As you may know, one of the most famous features of WeChat is WeChat Moments, but Mini Programs cannot be shared on it because the sharing feature is limited to groups or individuals. WeChat Apps can be shared with anyone, anywhere.

What Is the General Opinion?

Moreover, if you have followed the latest news about Alipay, they have just released their own Mini Programs to respond to WeChat, and it is becoming a real mess. All these new Mini Programs have their own framework, that means that developers have to learn new languages to be able to build these apps. Let’s have a look at all the different frameworks that are currently in use:

As you can see, there are so many different frameworks to learn to be able to code for different platforms. That is why using a WeChat App is very convenient and simple as opposed to learning these new Mini Programs (either WeChat or Alipay) which are new and may very well be about to hit a wall.

WeChat is unavoidable in China and continues to develop new technology to make it even more unavoidable, but at this time it is really too early to believe that the Mini Programs will be as successful as WeChat itself, therefore, the other option is a WeChat App. If you are interested in WeChat Apps or would like more information about the Mini Programs do not hesitate to follow us. Or if you have any questions or interest in WeChat Apps for business purposes (the development of a WeChat App) do not hesitate to contact us we will be glad to help you. 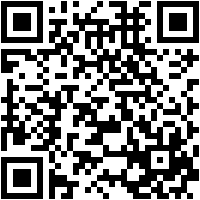 All Stories in Wechat Category

WeData Analytics: Get better insights from your Mini Program
The Development Trends of WeChat Mini-Program in 2022
How Luxury Brands Engage with Chinese Consumers via WeChat Mini Program