Unfortunately, we continue to hear more and more stories with not-so-happy endings, one exception to that was the recent news that we saw about a young boy reunited with his family.

What Is Artificial Intelligence (A.I.)?

Basically, A.I. is when a machine, particularly with a computer system, has a process that simulates a form of human intelligence. There are different types of simulated processes:

On top of that, there can be machine vision, speech recognition, and expert systems that are included in an A.I. application.

What Are the Types of Artificial Intelligence?

There are two categories of A.I. The first is specific to the type of artificial intelligence, either a weak or strong A.I.:

The second category type is from Arend Hintze, an assistant professor at Michigan State University. He categorizes four types of A.I. (some actually exist today while others are not yet available):

What Are the Applications for the A.I.?

A.I. in business: it is used for highly repetitive tasks usually performed by humans. Machine learning algorithms are integrated into analytics and CRM  platforms to be able to reply to customers when they need basic information. They are commonly known as chatbot.

A.I. in healthcare: it could be used to improve patient outcome and reduce costs. It has the potential to give better and faster diagnosis than humans. Some companies are currently attempting to develop such A.I.

A.I. in law: it can be used to help lawyers in sifting through thousands of documents to find needed information. Some startups have built a question-and-answer computer to reply to a clients’ requests.

A.I. in finance: it is currently used with personal finance applications but it could be improved to give advice, for example, when might be the best time to buy a house. Moreover, it is already used in connection with stock market trading companies on Wall Street.

A.I. in manufacturing: this type has been used for quite a long time, robots/A.I. have been built to replace humans by doing automated tasks.

What Are the Most Powerful Examples of Artificial Intelligence in Use Today?

Siri: as mentioned before, is Apple's personal assistant A.I. It helps with many different kinds of tasks such as finding information, giving directions, adding events to a calendar and so on. It uses machine-learning technology to become smarter and better at predicting and understanding our natural-language questions.

Tesla: this is an intelligent car that has predictive capabilities and self-driving features.  This car continues to grow in its intelligence thanks to Teslas updates.

Alexa: is a smart home hub launched by Amazon. It helps to set alarms, shop, schedule appointments and more. It can understand any speech in the room to help users organize themselves.

Amazon: its transactional A.I. allows for Amazon make a huge amount of money online. Thanks to their algorithms, they can predict what we are interested in buying based on our online behavior.

Netflix: it suggests movies to people based on what they have previously watched and how they have reacted after watching these movies. The only issue with this technology is that smaller independent labeled movies go unnoticed while big-named movies grow and take over the platform.

What Is the Recent Story About the Abducted Boy?

A 33-year-old Chinese man, named Fu, was finally reunited with his biological parent's 27 years after being kidnapped at the age of 6, and it was all thanks to a type of A.I. known as facial recognition.

Fu was taken to the Southeastern province of Fujian after his abduction.  As time passed he began to question whether his abductors were actually his biological parents due to some faint memories from his early youth.

In 2009 he decided to post his information on a  website built to locate missing children but with no results.  Recently though the website informed him that there was a potential match and after performing a DNA test the match was confirmed.  A man living in the city of Chongqing in Southwest China, Fu's biological father, had been searching for his son for the past 27 years.  As the internet did not exist to the extent it does today, Fu's father had a limited range in which to search for his son, but last year Fu's father also posted his information on a missing children database and this led to their being reunited.

This successful match was only made possible thanks to the recent facial recognition A.I. technology. It uses human facial features to enable face detection, recognition, and matching across age categories.

This biometric technology is a revolution in the face recognition field. It was developed by the Chinese Internet giant Baidu. In March 2018, they applied this technology to the missing children database with the purpose of helping to fight human trafficking.

What is Your Next Step?

If you are interested to know more about artificial intelligence and maybe you would like to apply that technology to your business whatever your business is, do not hesitate to contact us. 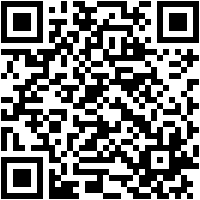 On the 1st of November 2021, the Personal Information Protection Law (‘PIPL’) comes into force.