As it has already been stated in previous articles, there is no need to re-introduce WeChat to you. According to the latest news, this amazing App will soon reach 900 million users.

Recently, they have started to develop new projects. These projects are Augmented Reality (A.R.) and Virtual Reality (V.R.).

What is Augmented Reality?

Augmented Reality is the integration of digital information on a person’s environment in real time. It does not create a totally new environment; it uses an existing environment to add some new information to.

What is Virtual Reality?

Virtual Reality is an artificial environment usually created using a headset to develop different sensory stimuli. It will generate realistic images and sounds to make us believe that we are in a different world or place.

WeChat made an announcement last week, saying that they are going to launch a new game for their mini-programs that will use augmented reality. This game is inspired by the famous game “Pokemon Go” that was released last year and was very successful. They have said that it will be a real game changer.

This idea of using the same principles as Pokemon Go is a plausible goal for WeChat seeing as their parent company is Tencent, the worlds largest gaming company.

Moreover, last week, Facebook also made an announcement about the release their new project called Spaces, a virtual reality social experience. The App is currently only available with the Oculus Rift, but HTC Vive will launch a similar experience shortly. Thanks to its integration with WeChat it will allow its users to communicate with friends in and out of the virtual reality.

With this integration, the users will be able to create an avatar by using a selfie, receive WeChat messages in V.R. and reply to their friends without taking off their headset. They will also be able to invite their friends to V.R. environments,  take selfies with their digital selfie sticks and share them on their WeChat account. The integration of Vive with WeChat was done by ObEN. According to HTC, this integration will be available later this year.

What is Your Next Step?

Augmented reality and virtual reality became the digital marketing trends of 2017 when they were presented at the beginning of the year. WeChat immediately picked up on this potential, that is why they are implementing these two trends into their business strategy this year. If, like them, you are interested in these trends and technologies and you need help to implement them, do not hesitate to contact us, we will be glad to help you. 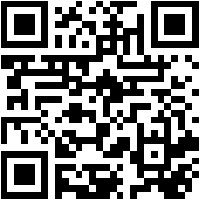