Google's Services Are Back In China

We all knew that Google was not available in China (except by sidestepping the local censorship - by using special software known as VPN) but this is now changing.

In fact, just a few days, the Google Translate APP was made available in China and its users do not need a VPN to access it. The app actually allows you to use the lens of your camera to instantly translate text.

What Was The Previous/Actual Situation Of Google In China?

As you may know, it has been around seven years (2010) since Google left the Chinese market. They shut down their Chinese search engine abandoning a huge market. Google is still not available in China but this is starting to change step by step. As you can see, the Google Translate APP is now available in China. Google has unblocked its APP and it seems they want to once again gain access to the Chinese market. That is the first time since they left China that they revived a service for Chinese users.

Why Did They Leave China?

In 2010 Google chose not follow the governments request to filter its search results to match with the censorship imposed by Chinese law. In choosing not to follow that request, Google decided to direct all its Chinese traffic to an uncensored version, the Hong Kong search engine

but that move left them completely vulnerable to the possibility of being totally blocked in China. A few months later that is exactly what happened, the Chinese government block all access to Google.

What Are The features Of The Google Translate APP?

It seems that the Google Translate APP is less sensitive than other Google services such as the search engine. That is why it is possible to have it unblocked in China because this APP does not offer any search function and the users do not have to set up an account to collect data from it.

Google Play is still blocked in China, you will not be able to download the Google Translate APP via the store (unless you use a VPN). The easiest way to download it is through the Chinese APP Store for iOS or Android.

What Will Be The Future Of The Google Translate APP?

The purpose of the Google Translate APP is, according to Google, that they wanted to make it better for the Chinese users and also connect people around the world. The Google’s joint venture in China will manage the APP and will be subject to any government-issued requests or censorship.

What Could Be The Future For Google?

As already said, by making the Google Translate APP available in China, Google has indicated that they want to regain a hold in the Chinese market. Moreover, by making this APP available in China, even though they won't make any money from it directly, it will be a great way to get more visibility for a long-term objective which could be the introduction of a Chinese version of other Google APPs or services. And who knows, maybe the beginning of the introduction of Google Play in China.

Although, there is no confirmation from Google about these possibilities several media outlets have been talking about the possibility of bringing the Google Play Store to Chinese soil for the past few years. Although there is no guarantee that they will do it or if it would even see success, due to the fact that China’s current Android ecosystem is controlled by a lot of third-party app stores such as Tencent, Xiaomi, 91 Wireless, Alibaba-owned Wandoujia…

One sure thing is that the Chinese market is massive and represents a huge opportunity with more than 730 million internet users. In fact, China has recently taken the lead over the U.S. becoming the most lucrative market for iOS app developers in the world.

Also, early in March 2017, the official newspaper, South China Morning Post, said that there were ongoing negotiations between Google and the highest spheres of Chinese administration. The discussion was supposedly limited to the comeback of Google through its service called “Google Solar” with the goal of helping further scientific research for both academic work and scientific journals.

The newspaper commented that Google would be limited to this specific research tool due to the fact that other services could involve some “sensitive” information (political information).

For people who are struggling with the Chinese language and they need help with translating some words or even entire sentences they should probably download the Google Translate APP (if they haven't already). If you have any other questions about this subject or any other topics, do not hesitate to contact us. 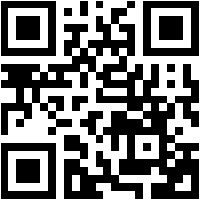 ABOUT US
Our Clients
Our Services
WE ARE HIRING!
SUBMIT YOUR RESUME
Our Solutions